Justice during the Pandemic in Spain; a general scope 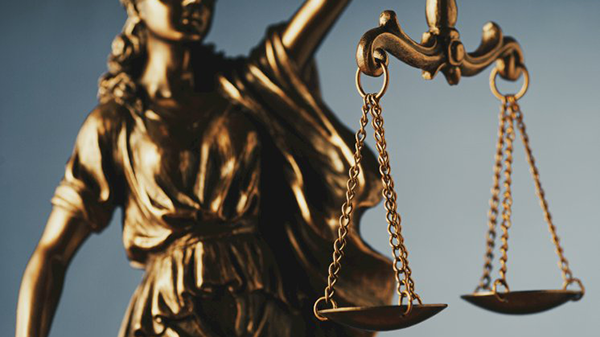 The terrible Covid-19 pandemic in which we are involved, not only in Spain, but throughout the world, will have relevant legal consequences, as we already all know. The inevitable economic crisis derived from this pandemic will affect several legal aspects and principles. After my opinion, the most affected will be the general theory of contracts, the insolvency situations and the labor relationships.

Referring to the theory of contracts, there is no doubt that we are facing a setback with a magnitude of impossible or very difficult forecast, that will affect a lot of legal relationships, by making very difficult for one of the parties to continue complying with an agreement signed under circumstances having radically changed.

A huge number of contracts will be under this situation, since the economic activity has been stopped for weeks or months, and will be dramatically affected by low activity: delivers, rentals, construction, shops. Almost everything not related to essential products, like food or hygienic products.

In the meanwhile, additionally, confined people have firmly get used to buy on-line; this will be an additional handicap for the little shop on the corner…

Without forgetting the principle of “pacta sunt servanda” (agreements have to be fulfilled) legal remedies will have to fit the principles of “force majeure” and “rebus sic stantibus” (restoration of an agreement that has turned unbalanced by unpredictable events), to settle these issues.

On the other hand, and due to this situation, a lot of companies and individual entrepreneurs will come into unavoidable financial difficulties. For these cases, our law has rapidly react retarding any deadline to lodge any proceeding of insolvency during the estate of alarm, to avoid the collapse of the Courts. Afterwards, this rule has been modified enlarging the time bar to the end of the year, to allow the entrepreneurs to try to recover the business.

It is highly recommended to spend this time lapse in reaching agreements with furnishers and clients, creditors and banks, to avoid the storm of insolvencies. This challenge will be, however, very difficult to reach.

Finally, all this situation affects employment; thousands of people losing their work and claiming their rights. Some measures have been taken by the government, which consist in a system of temporary employee reduction files (ERTE) which can be presented (i) per force majeure reason, when there is an absolute impossibility (even if it is in part) to develop the activity, or (ii) for economic, organizational, technical or production reasons.

In both cases, the work of each employee can be reduced to the necessary extent, and the salary that the entrepreneur does not pay will be returned by the state as if it were an unemployment case, at 70% (for example, you pay 1000 € to an employee. You request an ERTE to reduce 60% of his activity; you will pay 400 € and the state will pay him the 70% of 600 €).

In case (i) the employee’s Social Security has not to be paid, while in case (ii) the complete social security of the employee has to be paid.

Force majeure files are much more difficult to obtain than the other one, since it is the appropriate for restaurants bars and shops not related with essential goods, which were obliged to close, but much more debatable in other cases. In any case, the effects will be retroactive to March 16th.

In spite of this measures, a lot of business will not be able to resist.

Courts, as all other activities that can concentrate lot of people, has been stopped with the declaration of the estate of alarm, and only urgent matters are to be attended. Access to justice has been organized for when the state of alarm will be over, and some measures have been adopted to manage with all the conflicts that are arising during this period without Courts.

Last 28 April, a Royal Decree Law has stated the measures to organize the Courts in order to confront the effects of Covid–19. This legal provision implies (1) procedural measures, (2) insolvency measures and (3) technological measures.

(1) The goal of the procedural measures is to discharge concentration of lawsuits to be filed. The most polemic procedural measure implied is to active the period between 11th and 31st August, while August has been always Court holydays. However, some judges that have been asked about, seem to be aware of the difficulties of small law offices to conciliate family holydays with this change, and will move, at that time, only very urgent and relevant issues.

Additionally, all the time schedules and deadlines of the different matters and procedures that may have been suspended will, either restart entirely again, or be enlarged considerably, to avoid the collapse, and to allow to attend, until the rest of the year 2020, some priority matters, like:

(2) On insolvency measures, the law wants to give an especially long timebar period to organize again and to refloat the business until end of the year 2020. During this lapse of time, no insolvency claims from creditors will be accepted, giving time to the debtor to file his own insolvency proceedings. A special time bar of one year has been adopted to allow debtors to negotiate once again their payment conventions.

During one year after termination of the estate of alarm, only urgent issues will be solved.

(3) Finally, the law implies technological measures to reduce presence organizing hearings on-line, and reducing presential formalities as much as possible.

This means the implementation of thecnological tools at any court, which is still a pending challenge; al least, it will be a benefit that will remain.

In general, rules have been implemented to refrain the effect of the wave of proceedings, in the confidence to speed the proceedings, and to avoid physical contact.

However, the number of proceedings will be extremely high; even if at this moment the tribunals only work in urgent matters, the filing of lawsuits is possible, although they will be stopped until the estate of alarm is over; some 2.500 proceedings have been already filed at Barcelona’s Courts.

And these new proceedings, and the new ones still to be filed during and after the state of alarm, arrive to a judicial system which is already collapsed. Nowadays, before the pandemic, hearings in some tribunals were already being appointed over six to nine months, or even more.

It is often said that late justice is not justice, and therefore, the access to justice will be not satisfactory.

Some rules implemented for the pandemic effects, oblige consumers and providers of services and goods to try to reach agreements for adaptation of their relationships to the situation for 60 days before resolving, when the agreement could or may not be fulfilled properly (for instance, closed fitness clubs, closed learning centers, concerted weddings and celebrations, lack of deliveries because of closed activity, lack of services to be provided, including flying tickets, and so on).

It is clear that countless lawsuits will be filed because of contractual relationships, in which the parties have not reached an agreement.

An already collapsed justice cannot afford this new situation: conflicts about  unaccomplished agreements, about rentals and mortgages on apartments or premises that cannot be paid any more, insolvencies, collective layoffs, and so on; and we actually are not aware about what will be the magnitude of the tragedy by collapsing something which is already collapsed. But we are convinced that it will be very complicated, and therefore, we should think about alternative measures to supplement the system.

I think it is time for intensively promote mediation and arbitration, not only to try to discharge the courts as much as possible, but also because the court proceedings itself should be the last solution in these situations where there are not guilty debtors, and this unpredictable situation affects everyone. Contracts as they were agreed, and rules governing issues fit no more with the present situation.

We, lawyers, have to lead the way to provide justice by promoting agreements out of courts between the parts in conflicts. It is clearly time now to let mediation and arbitration display their advantages, never before so clearly to be seen than now. It will be the only way, in most of the cases, to obtain not only justice, but satisfactory results.

We have to keep in mind, however, that these ADR means should be a choice and not a necessity, since the citizen shall have the right of access to justice; of course, we are confronted to an extraordinary and unpredictable situation, but the citizen will suffer more than if the system were not already so overleaded.

This happens when justice is not a priority for the governors.

Of course, all these rules do not affect to proceedings in which fundamental rights could be affected, like the criminal proceedings. For those files, courts have maintained their activity. Procedures of abeas corpus, incidents with prison conditions and permissions, gender violence, and all non-delayable issues are treated.

However, there are some issues affecting substantial rights, like the provision implemented by the Royal decree declaring the state of alarm, by suspending the deadline of prescription of all acting’s and rights, without further clarification: the problem is that, since no more clarification was made, we do not know if this suspension means an enlargement of the statute of limitation of delicts. In fact, it should not, since the access of justice during that time is possible for urgent matters, if this issue is considered an urgent matter, and because this interpretation affects constitutional rights, but the debate is open.